I’ve had this double bass duo for some years with Ken Johnston. Recently we’ve supplemented it with ex-Swerve drummer Richard Rushton. Lancaster Music Festival is a grassroots event that celebrates each October the live music scene in the city’s pubs and clubs—and extends the scene to include venues from bookshops to banks to the historic castle, as well as several open stages in the city’s historic squares. It’s funded, it wants you to know, as it’s stated on the website homepage, ‘without any outside grants and no public money.’

The seventh annual festival this year featured nearly 200 musicians, over 40 venues, 350 performances—and planned for 50,000 visitors to the city. The buzz generated this year around the centre was quite something, music and musicians everywhere. As it happens Adverse Camber were the very final act on in this year’s programme. Below are a couple of fine photographs taken by the festival photographer last night. (When I know his name I’ll add a credit.) By the way, the pub we were playing in, The Robert Gillow, is like the hub of the festival, and was open 24 hours a day over the duration. 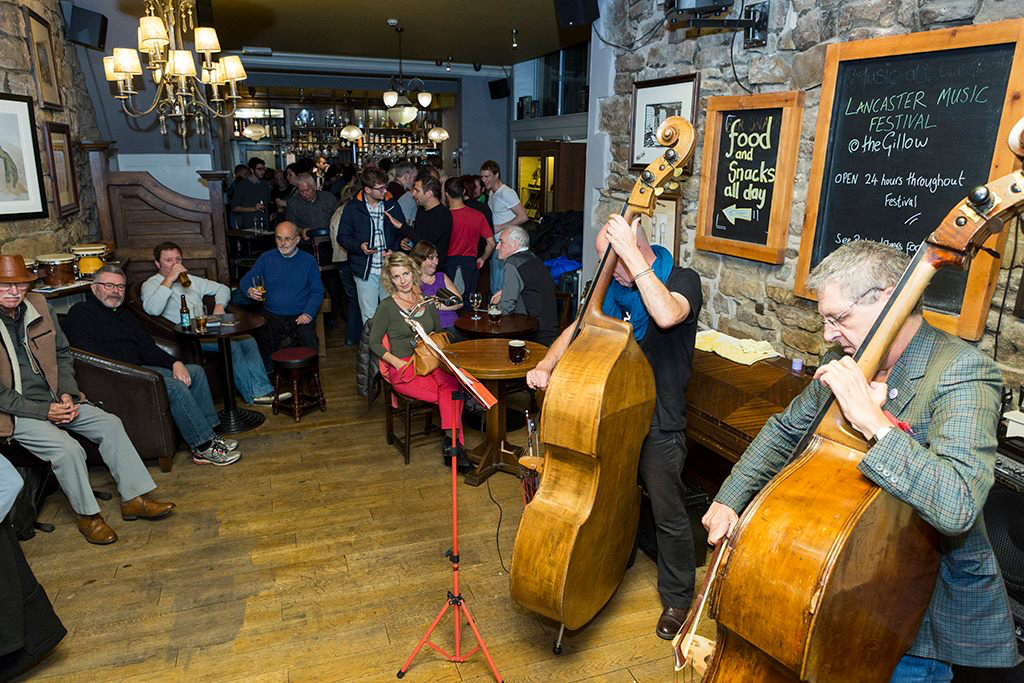