I am an experienced supervisor of PhDs, and have with worked with over 50 PhD students as supervisor, external examiner, internal examiner/ independent chair. Below you can see some information about each of these roles.

My supervisory interests broadly cover popular music, cultural and media studies, cultural politics, and include practice-based research and portfolio / publications submissions. You can get a sense of my specific interests by looking at my publications and projects elsewhere on the website. Do get in touch with serious and relevant ideas. 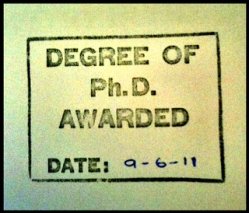 Completions, and a glimpse of their careers

I have acted as external examiner for PhD and research degree candidates, as follows.

Andile, thanks for getting in touch. Interesting career! I’m happy to discuss the possibility of PhD work with you, and advise on your proposal. Get in touch with me via email at g.a.mckay@salford.ac.uk, and think about drafting some ideas for me to look at. George

Hi Prof.
Whenever I search for Community Music and “Free jazz” on the internet your name comes up amongst other names like Lee Higgins etc. but it comes as no suprise to me because I once met a friend who saw me playing saxophone and improvising “freely” and after we had a chat, and when I told him I’m an MA graduate in Community Music from the University of Limerick’s IWAMD, he suggested that I meet you in England. Perhaps he found some similarity between what you did and what I was doing. Now I have just read from your website all what you are doing academically and socially, I find that you are a jazz and community music musician/writer/researcher and health/gardening and a professor. Well, I am not a professor but I wanted to study for a PhD after finishing my MA in Community Music in 2008 at the Irish World Academy of Music and Dance. Some of my tutors were Dr.Lee Higgins and Karie Veblen. I have been in music for more than twenty years, first in South Africa, Namibia, Nigeria, Botswana, Swaziland etc and later in Ireland after performing in most European countries with a South African Musical in 1996 – 1998. In !998 – 2002 I studied Popular Music and Jazz in N.Ireland/Rep.of Ireland. I play saxophones, little guitar/African singing, little piano, and drums. I like to improvise and I thought of doing PhD research on – Improvisation and Rhythm: African and Asian society’s use of rhythm as a cultural tool for communication, dance and music. Dr. Lee Higgins’s PhD dissertation has inspired me and I was thinking of studying for a PhD in Community Music. I’m afraid that it seems CM music is linked to and is depended on grants or funding and therefore I wanted to get into formal music education PhD which I find it that it will actually make me to get into school or university teaching where I would use my CM facilitation skills in addition to a set curriculum. I don’t like to be unemployed at this stage in my life as a musician. I have researched a lot about formal/informal music education and I found that informal education was the one used by jazz musicians in America, Africa and other countries, perhaps through oral traditions. Would you consider giving me some advice on how to go about improving my prospects as a prospective candidate for a PhD degree in this 2014 academic year or would you also consider being my supervisor. Presently I have just moved house from Dublin to Lisburn, N.Ireland. I am willing to relocate and live anywhere in the UK where there is an opportunity for me to pursue my studies and a chance of meeting and performing with other musicians.

Gemma do come up and talk sometime, happy to. George

Hi George, Hope you are well. We spoke at the beginning of the summer, and have previously spoken a number of times. I am now on the PhD scheme at Essex Uni – and yes studying the UK Music Festival – calling for a Sociology of Festivals, applying Becker and Fonarow (and the like).
I am keen to meet you – and either pick your brains, finally put a face to the voice I have heard over the phone, and maybe discuss the possibility of ‘external examiner’.
Do you ever head down to London? If so please give me a shout.
Kind regards Gemma Royce