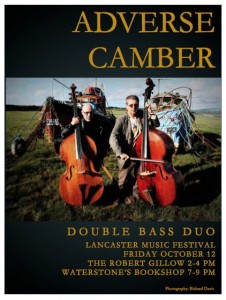 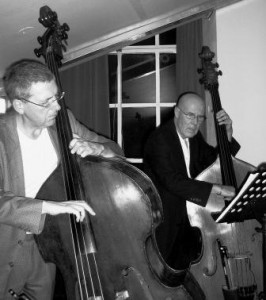 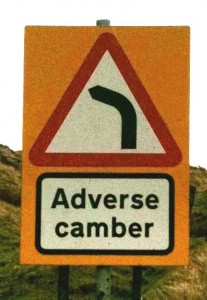 Adverse Camber is a double bass duo with Ken Johnston. The music we play is a mix of jazz standards, blues, originals by me, with a variety of sounds—pizzicato, arco, percussive, vibrato. There’s a conscious effort for the music to be accessible to an audience, partly because we recognise that a double bass duo is a relatively unusual musical combo to start with. 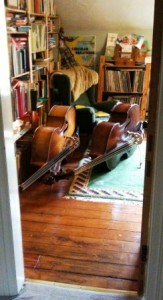 Gigs have included a book launch at Lancaster Maritime Museum, a bookshop party, jazz upstairs at the Gregson community arts venue in Lancaster, at the Dukes Theatre, at the jazz festival, with film and photography, at a green fair, the Gillow pub, in Waterstone’s bookshop… It may be a bit of a minority taste but, hey, minorities are important. And people like it—we’re getting more gigs. Book us! 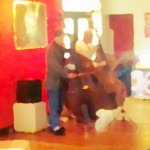 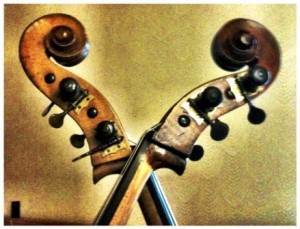