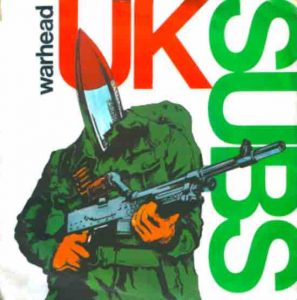 As part of the forthcoming collection The Oxford Handbook of Punk Rock that I’ve co-edited with Gina Arnold, my own chapter in it was recently published online.

It’s something of a companion piece to my 2019 article on ‘Crassonics‘. That one looked at the DIY anarcho-punk end of anti-nuclear protest music—if, as the band Crass said, the bomb changed music and art, what did the new music sound like?

But, rather than the radical, underground punk of Crass, the new research explores the influence of punk protest music in the pop charts. How did punk reshape pop, and in particular around its social issues of anti-nuclear and anti-war expression? 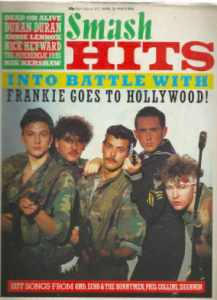 In the early 1980s a remarkable and even unprecedented number of hit singles spoke out about nuclear weapons and power, about war, and military orthodoxy. Most of these originated from the punk movement. Here is the abstract of my chapter.

This chapter is a reconsideration of the contribution punk rock made to anti-nuclear and anti-war expression and campaigning in the 1980s in Britain. Much has been written about the avant-garde, underground, independent, DIY and grassroots (counter)cultural politics of punk and post-punk, but the argument here is that such scholarship has often been at the expense of considering the music’s hit and even chart-topping singles.

The chapter has three aims: first, to trace the relations between punk and cultures of war and peace; second, to reframe punk’s protest within a mainstream pop music context via analysis of its anti-war hit singles in two key years, 1980 and 1984; third, more broadly, to further our understanding of (musical) cultures of peace.

Punk was a pop phenomenon, but so was political punk: the vast majority of the many pop hit songs and headline acts with anti-war and anti-nuclear messages in the military dread years of the early 1980s were a lot, or a bit, punky.

This chapter argues that a wider and at the time significantly higher profile social resonance of punk has been overlooked in the subsequent critical narratives. In doing so it seeks to revise punk history, and retheorise punk’s social contribution, as a remarkable music of truly popular protest.