The 16th International Culture and Power Conference ‘Spaces’ will be held on October 2, 3, and 4, 2013, and hosted by IBACS (the Iberian Association for Cultural Studies) and the English Department at the University of Murcia, Spain.

The Conference’s special topic will be SPACE.

The 16th Culture and Power conference seeks to respond to the growing importance of space, spatial analysis, and localization in cultural studies. While locating cultural practice in concrete geographical and social coordinates has been a constant in the field, the last two decades have witnessed an extraordinary expansion in the ways space has been explored and made to signify in relation to such different social categories as: gender and sexuality; race and ethnicity; region, nation, and globalisation; the real and the virtual. Likewise, location and ground have become central to such temporal categories as public and private memory; history; deep and slow time; cultural and media archaeologies; storytelling. 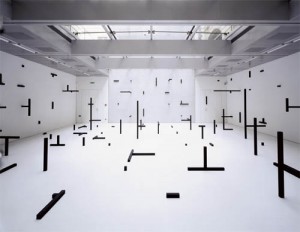 We are currently inviting 20-minute papers that will deal with the theory and representation of space in any of its manifestations, or that, in the process of studying particular texts or media, will take into account space in a significant manner. We are especially interested in proposals addressing—but not limited to—any of the following themes:

The following keynote speakers have confirmed their participation:

Papers should be presented in English. A selection of conference papers will be considered for publication after the conference.