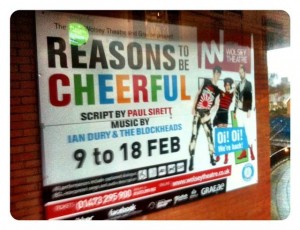 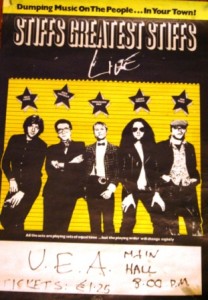 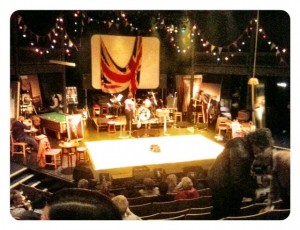 One reply on “Reasons to be Cheerful: Graeae Theatre Co. do Ian Dury (again)”

[…] be replayed, and without loss of power. A 2012 musical play based around Dury’s songs, entitled Reasons to be Cheerful, was produced by Graeae, Britain’s leading theatre company for people with disabilities. There […]