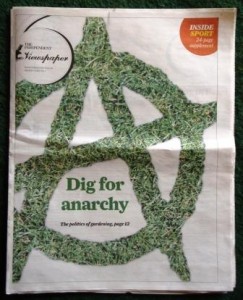 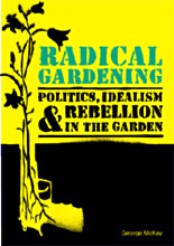 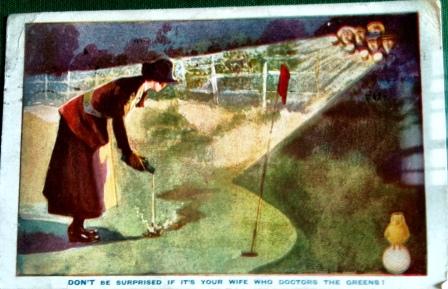 Thanks Michael. Do you need ‘acres of land’, really? Time probably–and, as the book argues (following Chris Carlsson’s Nowtopia), the slowness of production is a political gardener’s rejection of the media-saturated spectacle… G

“To me a “real” garden just isn’t possible in suburbia. You need acres of land and plenty of time to tend your garden to do it right.”

Not true, ever heard of urban garden and vertical garden? Those two does not need acres of land to grow plants.

Do most people really think of gardening as some kind of suburban pastime? I guess I’m lucky my dad was an avid gardener. To me a “real” garden just isn’t possible in suburbia. You need acres of land and plenty of time to tend your garden to do it right.

Your site is full of images that makes it more interesting. My favorite image is the last one where the lady is somewhat playing golf. I would love to have a copy of this book.

George,
This is a great post. I have a friend who manages an acre garden, and fully sustains herself and her family from it. Every week she has friends over and we feast, bring our garbage and compost it, and enjoy the rich flavors of the organic food.

I agree with George. People need to be less self reliant on big corporations. I was fortunate enough to spend a week in Estonia about 6 weeks back now with a friend. Their family grows all their own vegetables and fruit and oh my!

The fruit and vegetables were to die for. I tasted everything and it was all organic. I come home and it all taste bland, like nothing at all. We need a big change in the world and soon.

George,
I’m looking forward to reading this book. In a time when people are forgetting how to be self sustaining and relying on giant corporations for their genetically modified food, I would like to hear of people who are doing something different. Do you think more people are becoming aware of the dangers of gmo’s?
Steve